CARLSBAD, Calif. (February 8, 2021) – TaylorMade Golf Company, an industry leader in innovation and technology, today announces the all-new 2021 TP5 and TP5x golf balls, building on a franchise that has earned the title of Most Complete Tour Ball in Golf. 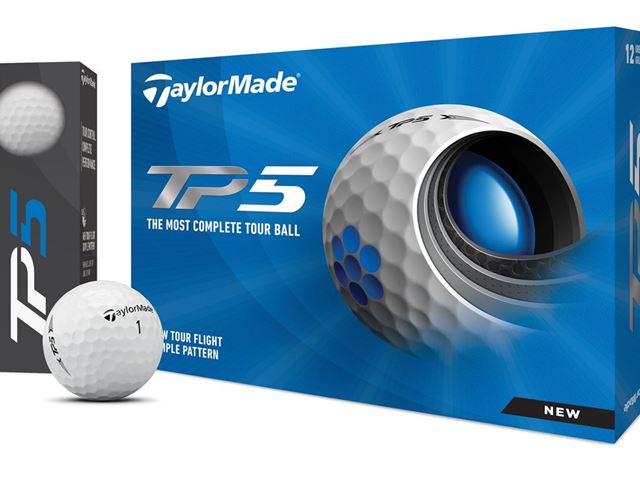 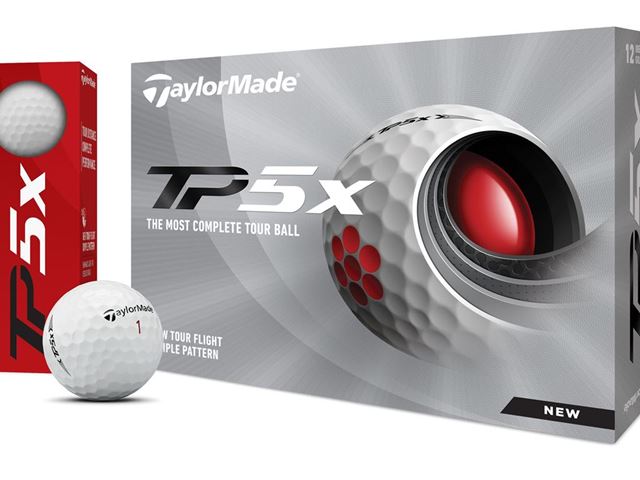 Relying on the brand’s never done mentality, TaylorMade has once again pushed the boundaries of performance by redefining the path to distance with its new Tour Flight Dimple Pattern - designed to provide improved aerodynamics and carry distance at every level of the game.

The revolutionary new dimple design has a unique dual-radius shape that decouples dimple volume from depth to optimize airflow around the golf ball during flight, ultimately reducing drag and promoting distance.

TaylorMade first set out on this path in 2017, when TP5/TP5x debuted as the industry’s only five-layer Tour ball. By utilizing a proprietary construction with four increasingly stiff layers wrapped in cast urethane, engineers effectively created the foundation for optimizing both distance and spin.

In 2019, the company wove High-Flex Material (HFM) into the construction of TP5/TP5x to more efficiently convert compression into ball speed. Known as the Speed-Layer System, this design injected a new level of speed into TP5/TP5x compared to the prior generation.

Since 2017, we have blazed a path to distance and speed with TP5/TP5x – building upon a foundation of Tour-proven performance with the patented five-layer system at its core. With the development of HFM in 2019 and now the Tour Flight Dimple Pattern, we’ve examined every component of the golf ball to ensure that each layer is functioning at its highest possible level and working in unison to deliver unmatched performance on every shot.
Michael Fox, Category Director, Golf Ball & Accessories

UNIQUE IMPROVEMENTS TO 2021 TP5 & TP5X
While the new Tour Flight Dimple Pattern enhances performance for both TP5 and TP5x, each product was individually improved based on Tour player feedback. Analyzing insights from Dustin Johnson, Rory McIlroy, Rickie Fowler and others – who have used both prior models in competition – engineers discovered that players switched from TP5x to TP5 for the enhanced greenside spin and control in the short game. Conversely, players switched from TP5 to TP5x for the added distance and ball speed. 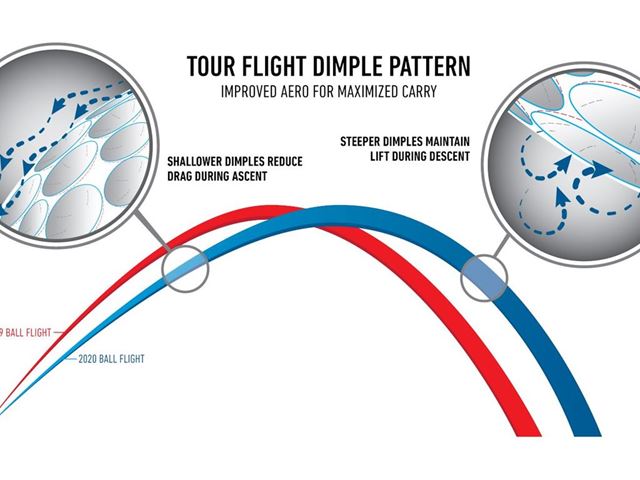 For those reasons, the new 2021 TP5x has a slightly softer cast urethane cover that better grips the grooves on a wedge for increased spin around the greens with lower launch, while remaining the fastest Tour ball in the TaylorMade lineup. The 2021 TP5 now has a larger, more reactive core that delivers more ball speed while retaining the same feel and spin properties of the prior generation.

TP5 still provides a softer feel, increased greenside spin and a lower launch in comparison to TP5x, which is faster, longer and higher launching. The new individual enhancements give golfers performance precisely where they want it the most in both models.

Team TaylorMade’s top athletes have switched into the new TP5/TP5x faster than any product in the company’s recent history. Major champions Rory McIlroy and Collin Morikawa both elected to play the new ball in their respective 2021 openers. McIlroy took TP5x (21) to Abu Dhabi for the HSBC Championship, where he led after an opening round 64 before finishing the week in third at 13-under-par. Morikawa gamed the TP5 (21) at the Sentry Tournament of Champions, citing the ball’s wind stability in Maui’s Hawaii breeze. He finished the week T7 at 20-under-par. 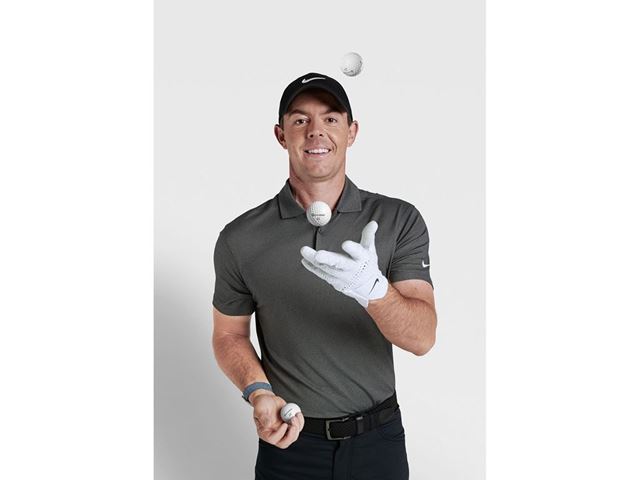 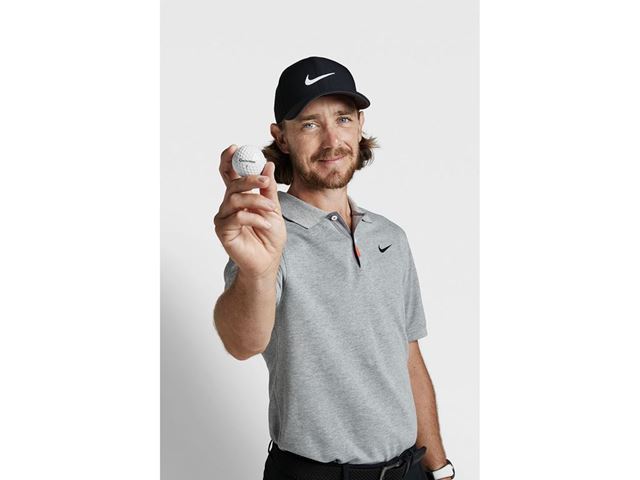 Tommy Fleetwood, the latest addition to Team TaylorMade, started playing the new TP5x almost immediately after signing a new long-term contract. Before making the decision, he elicited feedback from fellow TaylorMade athletes who vouched for the ball’s distance, spin control and stability in the wind.

Those comments were quickly validated by Fleetwood’s strong play in Abu Dhabi, his first event with TP5x, where he finished in seventh at 10-under-par. At the time of this release, he ranked third in Total Strokes Gained on the European Tour. This adds Fleetwood to the long list of players moving into the 2021 TP5/TP5x.

It’s one thing to test a new ball, it’s another to put it in play during competition with confidence and ease. The fact that Rory, Rickie, Wolff, Collin and Tommy all switched into the new ball for their first event of the year speaks volumes. The best players in the world have quickly embraced the performance of the new TP5/TP5x.
Keith Sbarbaro, VP of Tour Operations

THE MOVEMENT HAS MOMENTUM

The launch of TP5/TP5x spurred a movement that has TaylorMade among the fastest growing golf ball brands of the last several years. Since 2017, the company’s total market share has been on a steady and steep upswing, a growth trajectory that positions TaylorMade among the largest golf ball companies in the world. Golfers at every level of the game are making the switch to TP5/TP5x, while Tour adoption continues to happen rapidly.

The 2021 TP5 and TP5x offer complete tee-to-green performance thanks to TaylorMade’s proprietary 5-layer construction. Both models deliver world-class distance off the tee, with the TP5 having a softer feel and more spin around the greens, while achieving fast ball speeds with a new reactive core that is larger than the prior generation.

TP5x is the fastest and longest ball in the current TaylorMade lineup, with a firmer feel and higher launch on iron shots. In addition, it has more greenside spin than the prior generation with a new and softer cast urethane cover. TaylorMade staffers anticipated to play the TP5 are Collin Morikawa and Matthew Wolff (pix), while Dustin Johnson, Rory McIlroy and Tommy Fleetwood will expectedly gravitate toward the TP5x model. 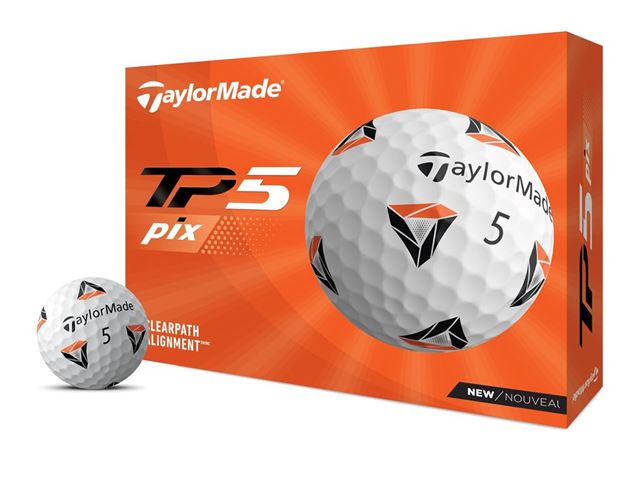 TaylorMade released pix™ in 2020 to much fanfare among Tour players and amateurs alike. Being powered by the swagger and appeal of Rickie Fowler certainly helped, but it was the performance and functionality of pix that truly set it apart.

Co-developed in conjunction with Fowler, the ClearPath Alignment™ system delivered innovation that golfers could see. The 12 evenly spaced graphics enhanced visibility while significantly aiding in alignment on the putting green and helping golfers immediately gauge the quality of their stroke. This technology was only further validated by the adoption of players like Matthew Wolff, who improved his putting inside 6’ by nearly half a stroke after switching and moved his OWGR from 44 to a peak of 14th.

For 2021, the visual technology behind pix will not change. However, the performance has been upgraded to match the all-new design of the 2021 TP5/TP5x with the Tour Flight Dimple Pattern, larger/more reactive core (TP5) and softer urethane cover (TP5x). 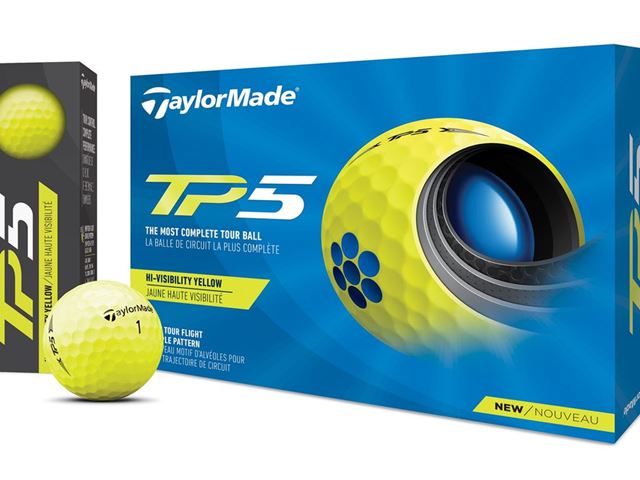 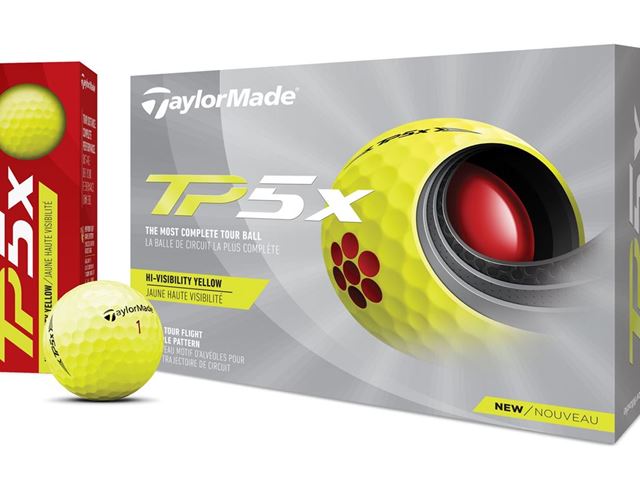 The high-visibility TP5/TP5x Yellow will feature a new enriched yellow urethane that provides added durability and while maximizing visibility.