Carlsbad, Calif. (June 28, 2020) - In just the third event back since the PGA TOUR re-start, TaylorMade's Dustin Johnson added two SIM Max rescues and a Truss TB1 putter to his bag at TPC River Highlands to claim a one-shot victory in the Travelers Championship. His first win in 2020, Dustin Johnson now has 21 wins on the PGA TOUR and ties Tiger Woods with the most number of PGA TOUR wins since 2008 (the year DJ turned pro). 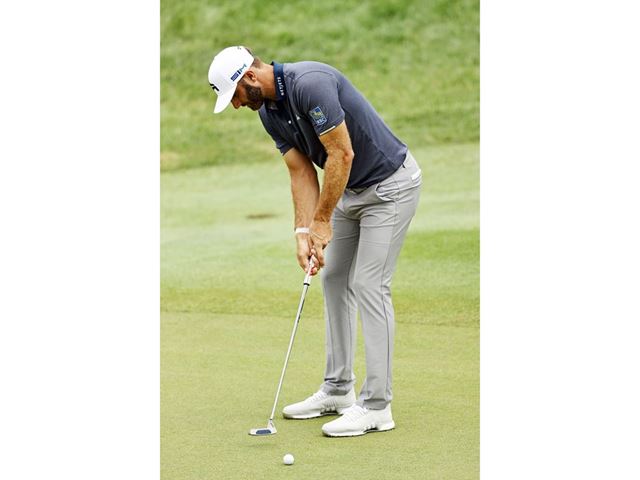 Dustin made some key changes to his bag this week adding a brand new putter, Truss TB1 and two SIM Max rescues. DJ has switched between blade and mallet style putters during his career, loving the look and feel of a blade, but the stability and roll with mallets. With Truss, he has the stability through the truss structure on the hosel and the roll from the PureRoll™ insert. Here are the specs of his Truss TB1:

One of DJ's two SIM Max rescues in the bag this week. © Getty Images